$1.2 million worth of cocaine found on Florida beach during turtle nesting survey 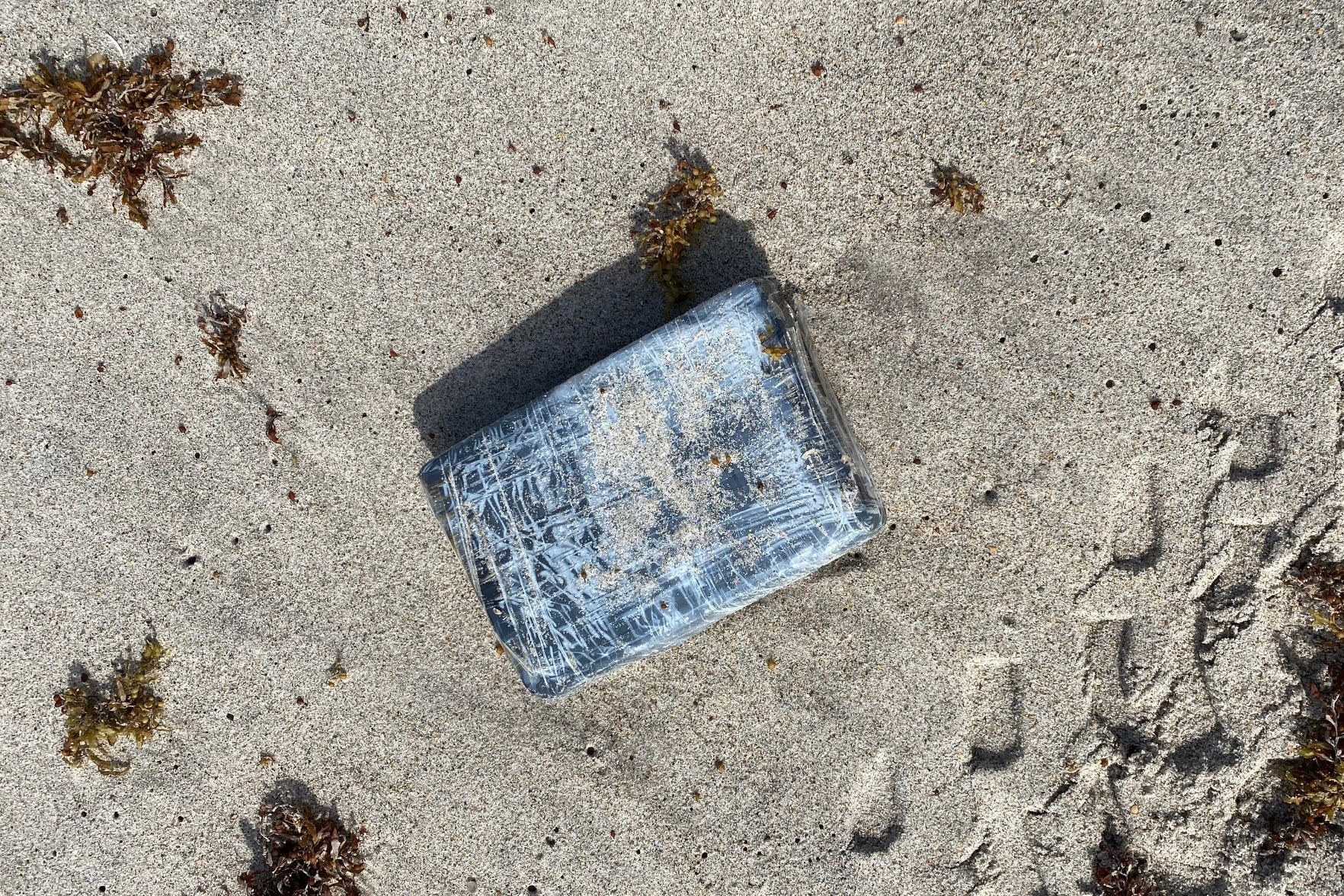 More than 30 kilograms of cocaine with a value topping $1 million were seized after washing ashore last month at the Cape Canaveral Space Station in Florida, according to the U.S. Space Force.

The drugs were discovered on May 19 by Angy Chambers, a civil engineer and wildlife manager, who noticed the packages strewn about the beach while conducting a turtle nesting survey, officials said.

The estimated value of the 24 packages of narcotics was $1.2 million, according to the Brevard County Sheriff’s Office.

Chambers, with the 45th Civil Engineer Squadron, said in a statement she immediately contacted the 45th Security Forces Squadron with Space Force after making the discovery.

“While I was waiting for them to arrive, I drove a little further and noticed another package, and then another," she said. "At that point, I called SFS (Security Forces Squadron) back and suggested they bring their UTV, or Utility Terrain Vehicle, as I counted at least 18 packages.”

Joseph Parker, with the Space Force Security Forces Squadron, served as field commander. He suspected the packages contained drugs. Parker closed the beach and contacted the county sheriff’s office, which provided a narcotics agent who tested one the packages and “verified that it was cocaine,” Parker said in the statement.

The drugs were turned over to Homeland Security Investigations, the main investigative arm of the U.S. Department of Homeland Security, officials said. Information collected from seized drugs is shared with the El Paso Intelligence Center, which serves as a repository for abandoned drugs found in the country.

David Castro, a special agent with Homeland Security Investigations, said in a statement that drug packaging is often destroyed during transport while at sea.

He said “maritime drug traffickers will transport bulk shipments of controlled substances in bales consisting of 25 ‘bricks,’ or kilograms of drugs.” The bale wrapping is sometimes “destroyed during transit causing bricks to be lost at sea and eventually recovered on the coastline of the United States,” Castro said.

Parker said he was thankful for Chambers, the civil engineer who first spotted the packaged cocaine, because she helped ensure the drugs would never reach the streets.

“We take pride in protecting our base and the surrounding community,” Parker said. “There is also a higher level of job satisfaction knowing that these drugs will not make it into our community.”

The origin of the cocaine is under investigation, officials said.

NBC affiliate WFLA in Tampa reported the drug seizure was one of the biggest ever at the world-famous space station. The TV news outlet also reported millions of dollars of cocaine washed up on Floridian coasts last month during a period of prolonged onshore wind.