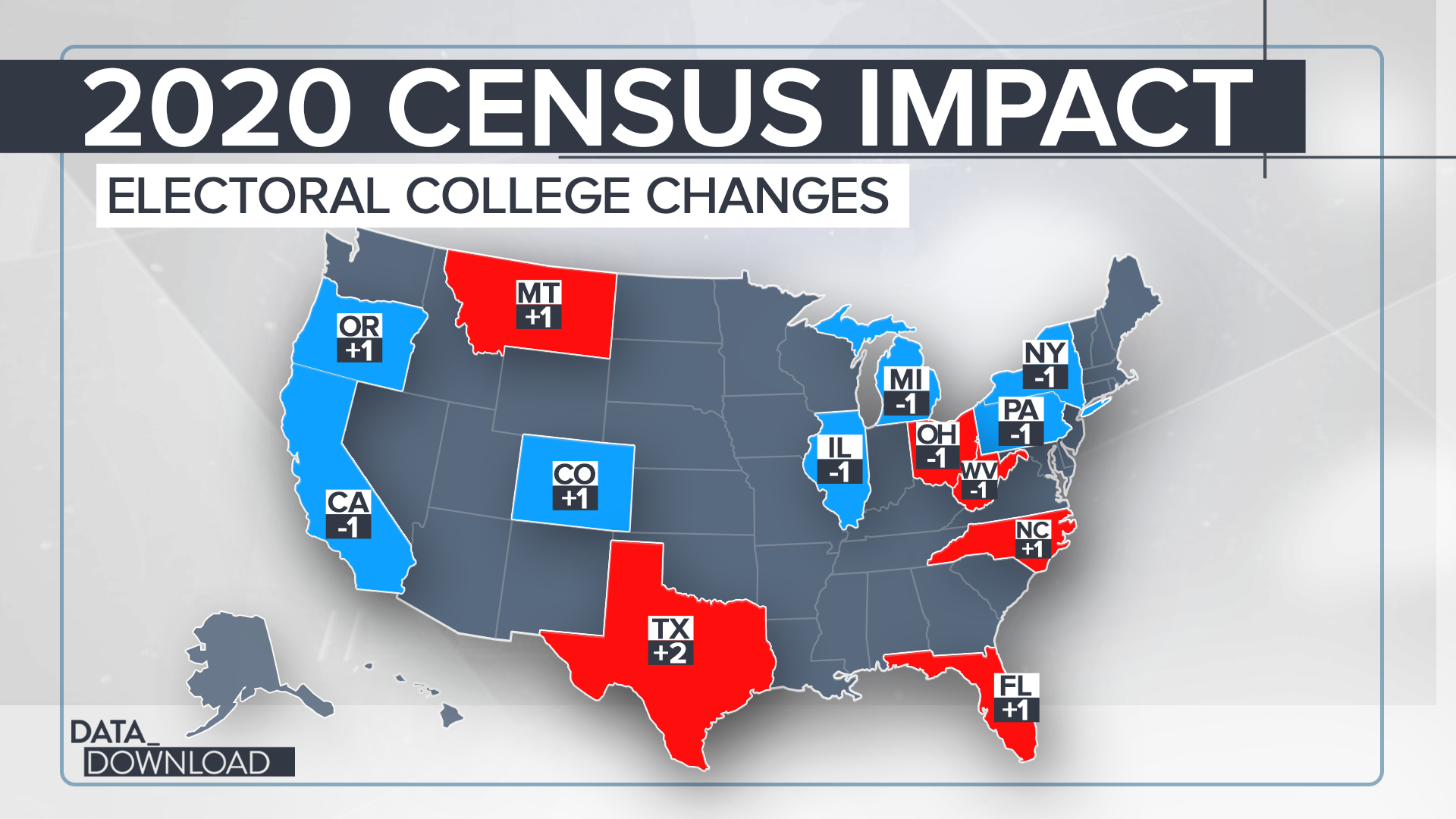 WASHINGTON — Last week the Census Bureau released the 2020 decennial tally of the population of the nation and all 50 states, and both parties took notice. The count that determines each state’s number of seats in the House of Representatives and votes for the Electoral College was probably affected by the Covid-19 pandemic, but still left a fairly familiar list of winners and losers.

In fact, looking at the census tallies over time, the numbers generally showed a continuation of clear patterns where the country's population and political power has shifted in the last 50 years.

Those shifts are, without question, meaningful, but as people wade into the analysis, there is evidence that they also may mean less than people believe in terms of the national political picture.

Let's start with this year's winners and losers.

In 2016, Arizona, Georgia, Michigan and Pennsylvania cast their presidential votes for Republican Donald Trump. But in 2020, they all shifted blue and went for the Democrat, Joe Biden. Meanwhile, California, Illinois and New York, went blue in both years. And Florida, Ohio and Texas went red twice.

But even that analysis ignores the subtleties in those "red" Sun Belt state votes. Florida, the perennial battleground, was close in both elections. Trump’s margin of victory was a little more than 1 point in 2016 and a little more than 3 points in 2020. And Texas, while still Republican, has been trending blue for the last few elections. Trump won it by fewer than 6 points in 2020.

The point here is that census numbers and population shifts, while important to governing, show another immutable truth of politics and life: Things change.

When places grow or shrink, their populations change. The issues that drive the national conversation change. And, as the last few years have clearly shown, the nation’s two major political parties are always changing.

That’s an important point to keep on mind as the analysis of the coming weeks unfolds. The clear political, cultural and economic trends that analysts use to examine the new census numbers of 2021 may look very different in 2030.