AOC to Ted Cruz: 'You almost had me murdered 3 weeks ago' 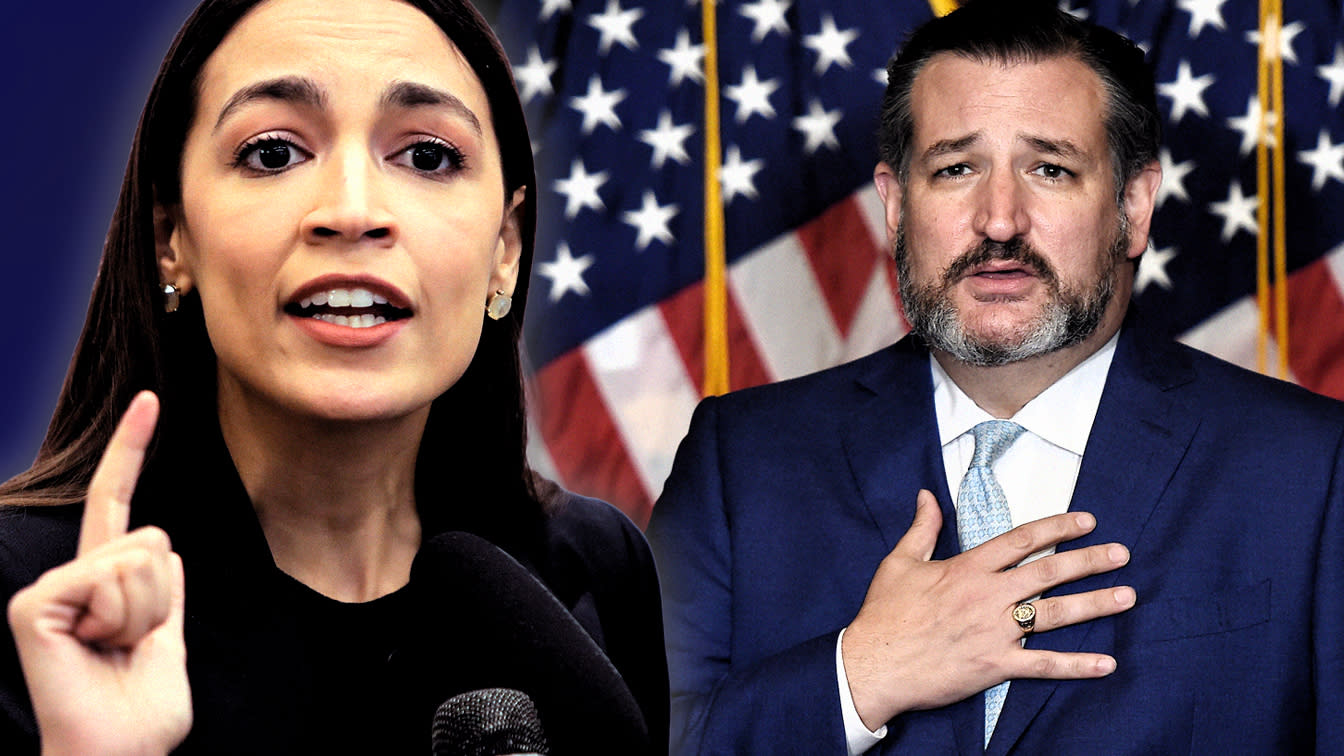 Rep. Alexandria Ocasio-Cortez said Thursday that she was willing to work with Republicans to investigate the stock trading app Robinhood, but not Sen. Ted Cruz, who she accused of attempted murder for his role in encouraging the Jan. 6 attack on the U.S. Capitol.

On Twitter, Cruz seconded an Ocasio-Cortez tweet about investigating Robinhood’s decision to halt trading on a number of stocks, including GameStop, on Thursday, to which the New York congresswoman responded.

“I am happy to work with Republicans on this issue where there’s common ground, but you almost had me murdered 3 weeks ago so you can sit this one out,” Ocasio-Cortez wrote. “Happy to work w/ almost any other GOP that aren’t trying to get me killed. In the meantime if you want to help, you can resign. While you conveniently talk about ‘moving on,’ a second Capitol police officer lost their life yesterday in the still-raging aftermath of the attacks you had a role in. This isn’t a joke. We need accountability, and that includes a new Senator from Texas.”

Five people, including a Capitol Police officer, died during the Jan. 6 riot, staged by supporters of former President Donald Trump at the Capitol building to disrupt the certification of the presidential election results. Dozens of officers were injured in the violent melee, and two officers have committed suicide in the weeks since. A number of House members tested positive for COVID-19 in the days following the incident after being in lockdown with colleagues who were not wearing masks.

Calling out Cruz on Twitter on Thursday, Ocasio-Cortez directed at least partial blame for the riot at the junior Republican senator from Texas.

“You haven’t even apologized for the serious physical + mental harm you contributed to from Capitol Police & custodial workers to your own fellow members of Congress. In the meantime, you can get off my timeline & stop clout-chasing,” Ocasio-Cortez added. “Thanks. Happy to work with other GOP on this.”

Ocasio-Cortez had previously stated that during the violence she had a “very close encounter” and thought she “was going to die” but didn’t elaborate on details.

“I did not know if I was going to make it to the end of that day alive, and not just in a general sense but also in a very, very specific sense,” she said during a Jan. 12 live stream on Instagram, adding, “We were very lucky that things happened within certain minutes that allowed members to escape the House floor unharmed. Many of us merely narrowly escaped death.”

Cruz promoted the conspiracy theory that the election was stolen and voted to object to the certified election results from both Arizona and Pennsylvania. Trump has been impeached for his role in inciting the riot, with 10 Republicans joining the Democratic House caucus.

“We’ve seen in the last two months unprecedented allegations of voter fraud,” Cruz said in an early January interview on Fox News. “And that’s produced a deep, deep distrust of our democratic process across the country. I think we in Congress have an obligation to do something about that.”

The Houston Chronicle called for Cruz to resign, but he has stated he has no intentions to do so. When asked the day following the riot if he would do it all over again, he said, “Yes. Absolutely. I would object and urge that we should follow the law and follow the Constitution.”

On Wednesday night, Fox News host Tucker Carlson mocked Ocasio-Cortez for saying her life had been in danger. On Wednesday, House staffers sent a letter to the Senate calling on it to convict Trump for his role, writing, “for our sake, and the sake of the country, we ask that they vote to convict the former president and bar him from ever holding office again.”

Rep. Jason Crow, D-Colo., who served as an Army Ranger in Afghanistan, said on the day following the raid in a joint interview with fellow veteran Rep. Mike Gallagher, R-Wis., “We both served overseas, we served in combat to meet our enemies outside of the country. That’s something we signed on to do. I don’t think either of us in a million years ever thought that we would be in the situation as members of Congress on the House floor in the United States Capitol of having to be in a situation of potentially having to fight our way out.”