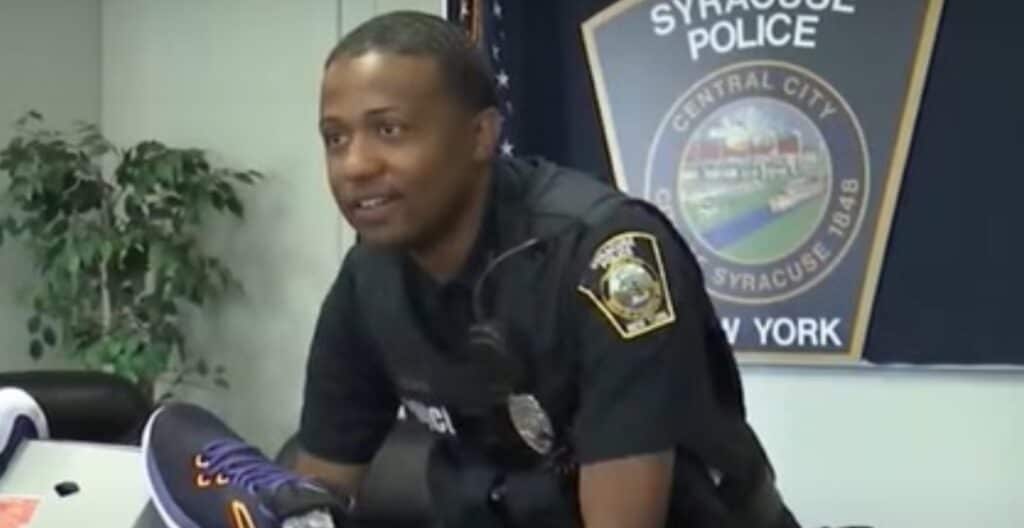 A Black officer in Syracuse, New York is suing the police department he works at due to the “extreme racism” he was allegedly subjected to at the hands of fellow law enforcement.

According to reports, on June 25, officer Brandon Hanks, who is known in the community for serving as a liaison between Black residents and the Syracuse Police Department, filed a racial discrimination lawsuit against his co-workers.

Initially, Hanks’ lawyers, Jesse Ryder and Charles Bonner, sent a notice of claim to the city of Syracuse, which is a document filed before a formal federal lawsuit. In the claim, Hanks alleges that the department discriminated against him because of his race, which manifested in him being denied promotion to a specialized unit on the force.

Just days later on July 1, the department reprimanded the officer for posting a video of himself listening to rap music. Hanks pushed back, saying that the music in the background of the video was not even being played by him, yet was used to punish him for “complaining about the blatantly racist culture within the Syracuse Police Department.”

He also alleges that officers spread misinformation and launched personal attacks against him on social media, and attempted to undermine his position as an assistant basketball coach for Cicero-North Syracuse High School.

As a result of these actions, his lawyers later filed an amended claim, adding Deputy Chief Joseph Cecile, Sgt. Brandon Fougnier, and Susan Izzo, which formally accused members of the department of retaliating against Hanks for filing his discrimination claims.

Via a statement from corporation counsel Kristen Smith, the city responded that the disciplinary action was not related to Hanks’ discrimination claim.

“As a result of social media posts that came to Syracuse Police Department’s attention in March 2021, Officer Brandon Hanks was issued a written reprimand for violating the Department’s social media policy. The reprimand was approved by Chief Buckner in early June, and prior to the filing of the Notice of Claim by Hanks’ lawyers on June 23, 2021,” Smith said.

Police chief Kenton Buckner also clarified that the department issued the reprimand because it took issue with the fact that a Black man used “racial slurs… in the language with our officer on a personal Facebook post.”

But it has since been pointed out that the social media posts in question were not on Hanks’ personal Facebook page and were not included in Hanks’ amended complaint.

According to first deputy Chief Cecile, who signed the letter of written reprimand addressed to Hanks, regardless of where the video was posted, the song in question uses epithets like “n—-,” which goes against the department’s social media policy.

“It’s pretty clear. Then for those who will say there are First Amendment rights, the law has been very, very clear that there are some restrictions for law enforcement,” Buckner said.

But Ryder opined that the only thing that is clear is that the department is retaliating against his client and is hyper-focusing on something as trivial as his music preferences to do so.

Have you subscribed to theGrio’s podcast “Dear Culture”? Download our newest episodes now!