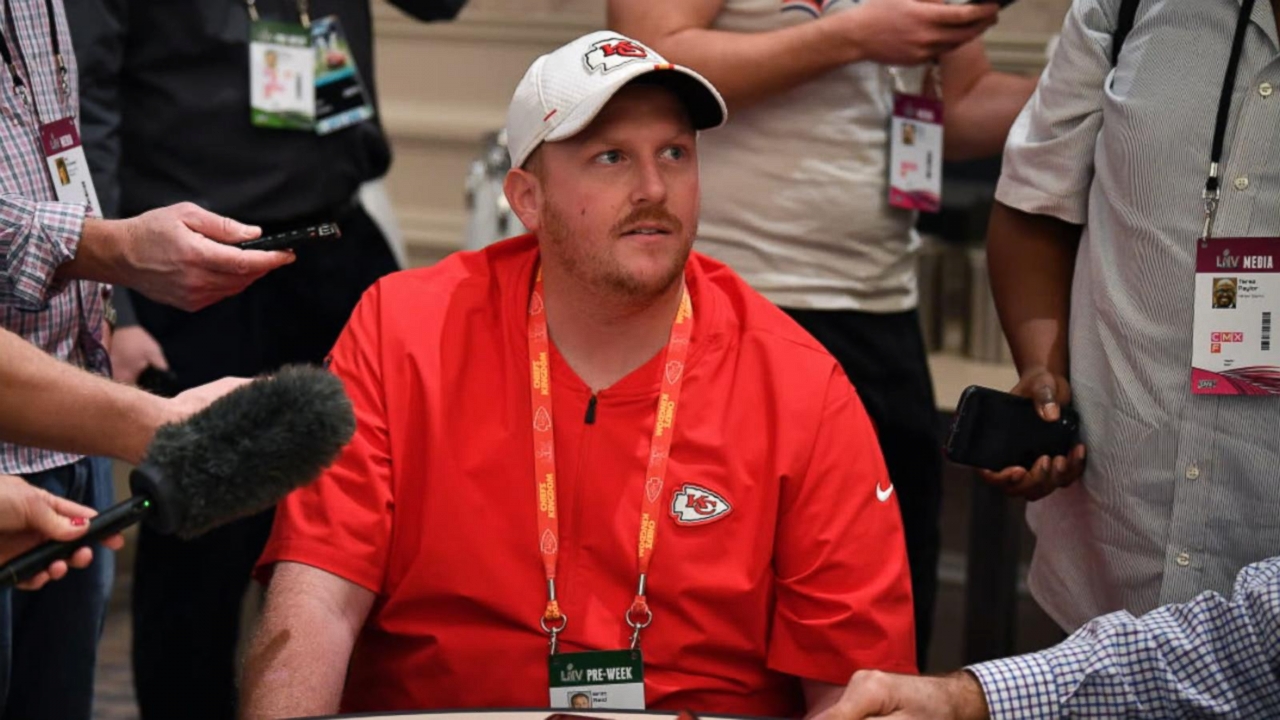 Britt Reid, the former Kansas City Chiefs assistant coach, is facing charges of driving while intoxicated from the Feb. 4 crash that left a 5-year-old girl hospitalized with a brain injury.

The Jackson County Prosecuting Attorney's Office announced the charges on Monday. It's a class D felony with a potential jail sentence of up to seven years. Reid surrendered Monday with an attorney and will be booked, per the department. Prosecutors requested a $100,000 bond.

Police said Reid, who turns 36 later this month, admitted to having two to three drinks and a prescription Adderall before driving his pickup truck the night of Feb. 4.

He crashed into two cars pulled off the side of a Missouri highway near the Chiefs facility three nights before the Super Bowl. He was driving at "highway speed," per the report.

Reid was the outside linebackers coach for the Chiefs, working on his father Andy Reid's staff. After the crash, Reid was placed on leave "through the duration of his contract, which has since expired," the team said.

Ariel Young, a 5-year-old girl, was injured in the crash and hospitalized with life-threatening injuries. She woke up from a coma Feb. 15 and "still has a long road to recovery," friends and family posted on a GoFundMe a few weeks ago. The update:

"Ariel remains in the hospital, she is getting a little better each day but she still has a long road to recovery. Britt Reid is out everyday living his normal life while she cannot, please don’t let her story be forgotten. Court will take a long time and we don’t know what will be the outcome of it all. So please keep sharing her story and praying for her and the family. Thank you."

She was the only one to suffer life-threatening injuries. A lawyer for the family said in March they would be seeking "most serious charges" for Reid in the incident.

Reid pleaded guilty to driving under the influence in 2007.