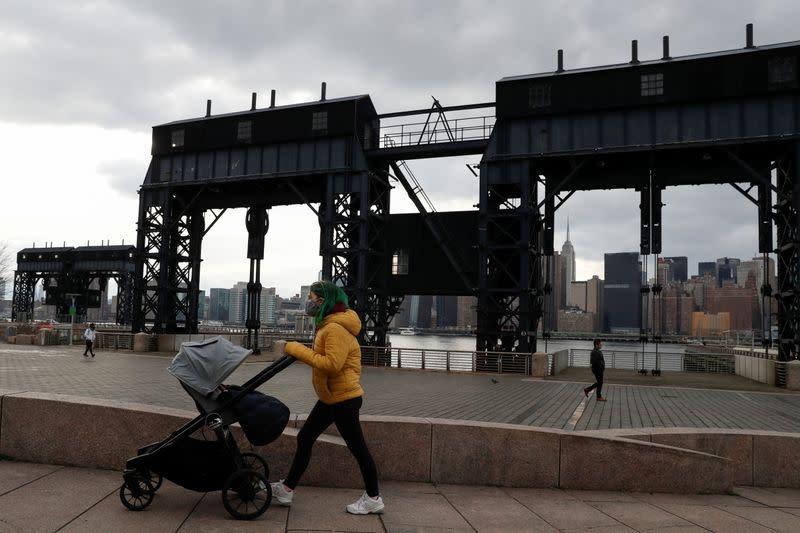 (Reuters) -Americans had the lowest number of babies in more than four decades last year, mirroring a slump in European birth rates, as the COVID-19 pandemic forced more people to take care of sick family members or deal with job losses.

Birth rate in the United States fell 4% in 2020 to about 3.6 million babies, its sixth consecutive annual decline and the lowest since 1979, according to data from the U.S. Centers for Disease Control and Prevention's (CDC) National Center for Health Statistics.

The CDC did not attribute the overall decline to the pandemic, but experts have predicted that pandemic-led reasons including anxiety will hit the country's birth rate.

In general, U.S. fertility rates have continued to fall over the years as women marry late and delay motherhood especially in years when the economy has slowed.

Later, through the 1970s, birth rates took a hit again in the wake of big social changes including the landmark Roe v. Wade https://en.wikipedia.org/wiki/Roe_v._Wade#:~:text=Roe%20v.%20Wade%2C%20410%20U.S.,abortion%20without%20excessive%20government%20restriction legal case on abortion.

In December 2020, Brookings Institute said in a report that it anticipates around 300,000 fewer births in the United States in 2021.

Many European countries have also seen a decline in births, and demographics experts have forecast a baby bust across the continent this year.

For instance, births in Italy in December - nine months after the country went into Europe's first lockdown - plunged 22%, data showed.

Big corporations such as Reckitt, Nestle and Danone have posted a drop in sales of baby formula, partly blaming declining birth rates as well.

CDC said United States' general fertility rate, which measures the number of births per 1,000 women aged between 15 and 44 declined by 4%.

This provisional data is based on 99.87% of all birth records registered and processed last year by the National Center for Health Statistics as of Feb. 11, 2021, according to CDC.