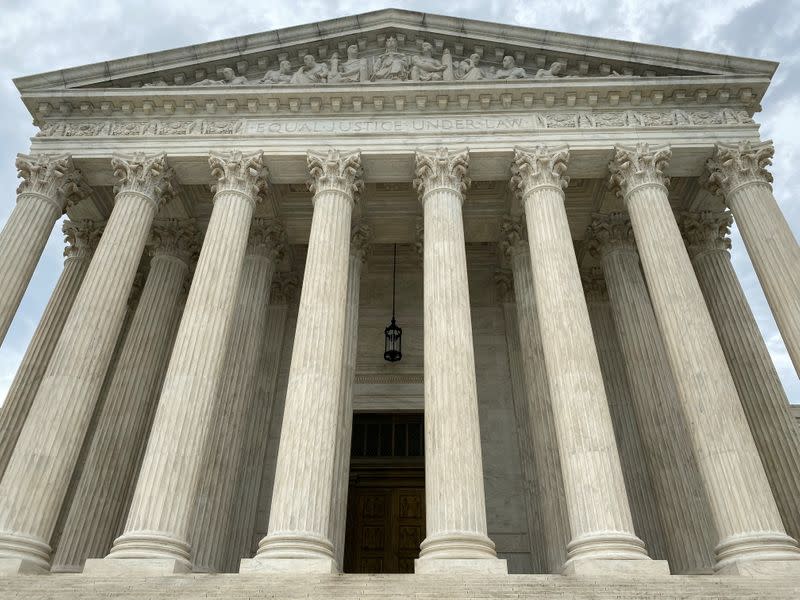 (Reuters) - Congressional Democrats plan to introduce legislation on Thursday to expand the U.S. Supreme Court by four justices, a proposal aimed at breaking the conservative grip on the court that promises to draw fierce opposition from Republicans.

Senator Ed Markey and House of Representatives members Jerrold Nadler, Hank Johnson and Mondaire Jones have scheduled a news conference for Thursday to announce the introduction of the legislation in both chambers. The measure would expand the number of justices from the current nine to 13, according to a copy of the Senate bill reviewed by Reuters.

President Joe Biden announced last Friday the formation of a bipartisan commission to study potential Supreme Court changes including expansion or imposing term limits on the justices instead of the current lifetime appointments.

The number of Supreme Court justices has remained at nine since 1869, but Congress has the power to change the number and did so several times before that. Imposing term limits would likely require a constitutional amendment, though some scholars have proposed ways to accomplish it by statute.

Republicans oppose the idea of what is sometimes called "court packing." Some Democrats and liberal activists have said all options including expansion must be considered to counter an entrenched conservative majority that could threaten abortion rights, civil rights, gun control and access to healthcare in the coming years.

Republican former President Donald Trump was able to appoint three justices during his four years in office, giving the court a 6-3 conservative majority.

Thursday's news conference will include representatives for liberal groups including Take Back The Court, which has advocated for court expansion.

Democrats accused Republicans of "stealing" a Supreme Court seat in 2016 when the Senate, then controlled by Republicans, refused to consider Democratic President Barack Obama's nomination of Merrick Garland to fill a vacancy left by the death of conservative Justice Antonin Scalia. Trump in 2017 was able to fill the vacancy with a conservative jurist.