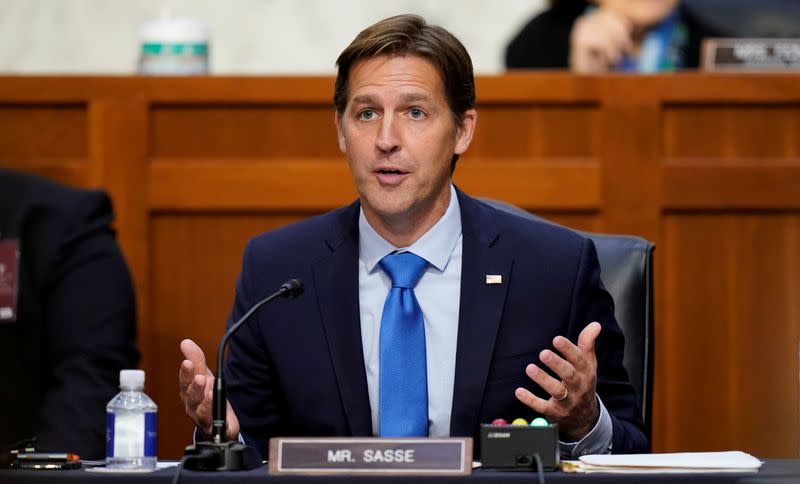 WASHINGTON (Reuters) - Donald Trump's impeachment trial will open on Tuesday with a debate about whether the U.S. Constitution allows a former president to face trial after he has left office.

Here's a look at the five Senate Republicans who voted that the trial was constitutional:

The Nebraska senator handily won reelection in 2020 and is considered a potential contender for the 2024 Republican presidential nomination. He publicly denounced Trump's false claims of widespread electoral fraud and said there was no basis to object to Democrat Joe Biden's Nov. 3 victory.

Murkowski of Alaska became the first U.S. senator in 50 years to win an election with a write-in campaign in 2010 after losing in the Republican primary. She called for Trump to resign after his followers rioted at the U.S. Capitol on Jan. 6 to disrupt the formal certification of the election by Congress.

Romney, a Utah senator and the 2012 Republican presidential candidate, has been a vocal critic of Trump. In 2020, Romney was the only Republican senator to vote for conviction during Trump's first impeachment trial.

The Pennsylvania senator announced in October 2020 he would not be seeking re-election. He said in television interviews Trump committed "impeachable offenses" and called on him to resign after the Jan. 6 attack.

The Maine centrist was the only Republican senator re-elected in 2020 in a state also won by Biden. She said Trump had incited the Jan. 6 riot.