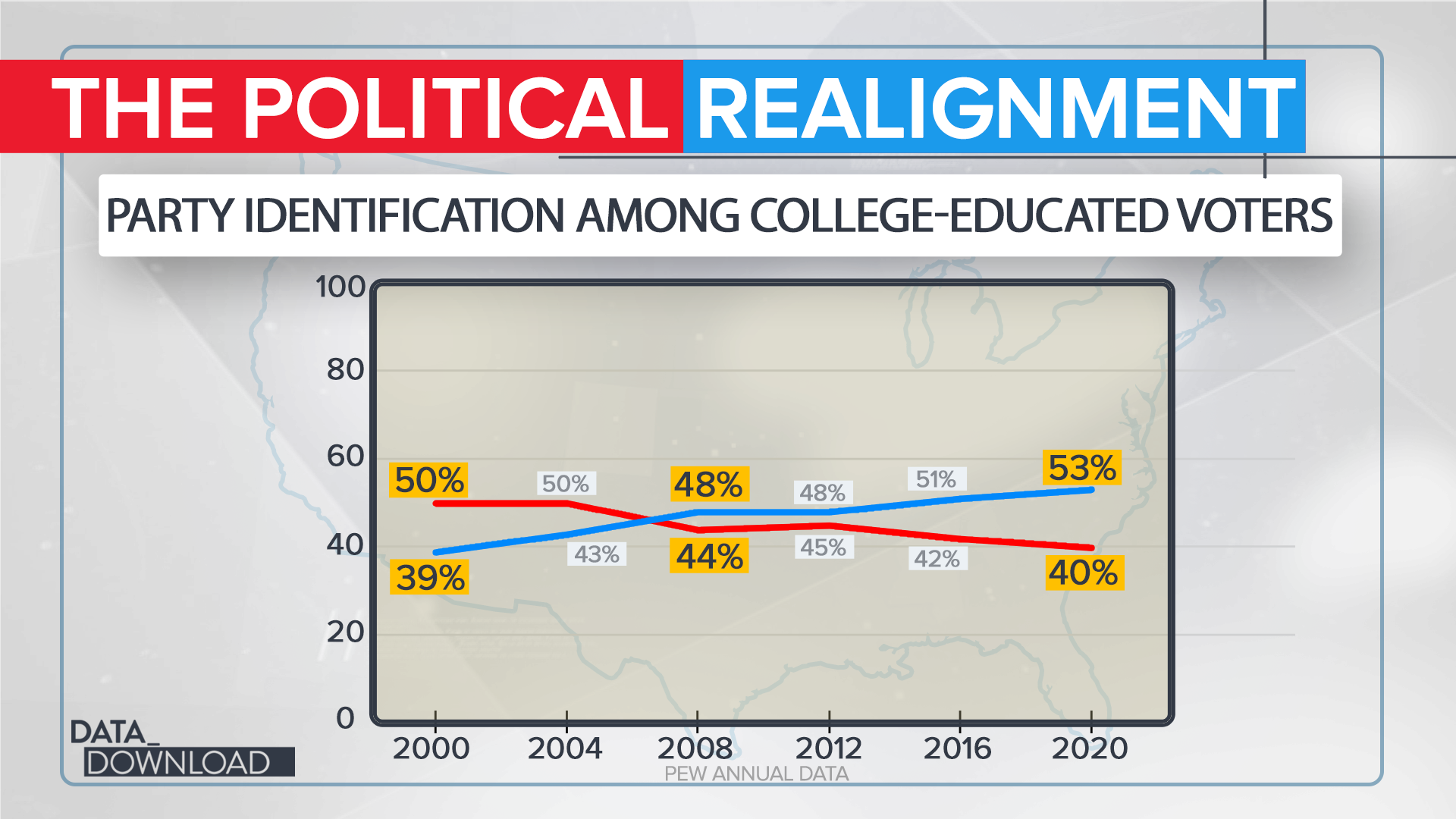 WASHINGTON — It's an off-year for national electoral politics, with only a few big gubernatorial races later in the year in Virginia and New Jersey. Still, polling data show the great shift in the nation's two major political parties is continuing and some of those changes could have significant impacts at the ballot box.

Earlier this month Gallup released data showing a sharp drop in the number of people who chose to identify as Republican in the first quarter of 2021.

As Republicans shed college-educated voters, the party could find a new challenge that compounds the Democratic edge in affiliation. Even if the affiliation numbers bounce back this time, the different people in the GOP might make it more difficult for the party to get big turnout numbers in 2022. Midterm elections in particular are often about which party can excite and turn out their voters.

To be sure, there are still a lot of question marks. It's not yet clear what Trump's impact will be on the 2022 race, or how voters will feel about President Joe Biden 18 months from now.

But the drop in GOP party ID, coupled with the Republican's loss of college-educated voters, could spell trouble for the party in coming elections. It's not just how many people are calling themselves Republicans in early 2021 that looks like a potential problem for the party, it is which voters are identifying with the GOP.