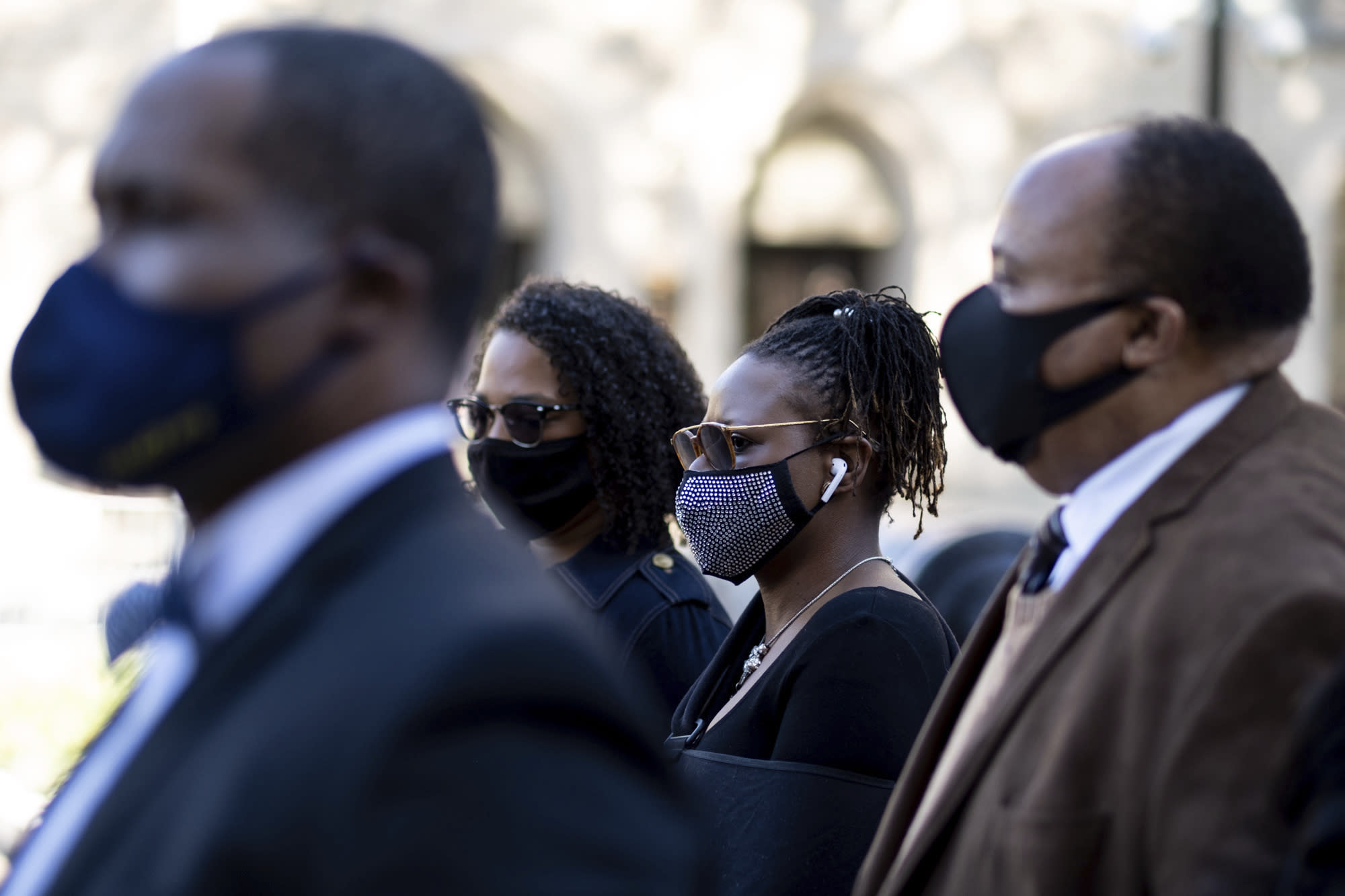 ATLANTA (AP) — A group of civil rights and advocacy organizations including the Georgia NAACP have filed a lawsuit in federal court challenging Georgia’s new Republican-backed election law, which includes new restrictions on mail voting and gives the state legislature more control over the administration of elections.

The lawsuit, filed Sunday against Secretary of State Brad Raffensperger and other members of the State Election Board, asks a judge to find that the law violates the U.S. Constitution and the Voting Rights Act and to block state officials from enforcing it.

The complaint argues that Republican “officials have resorted to attempting to suppress the vote of Black voters and other voters of color in order to maintain the tenuous hold that the Republican Party has in Georgia.”

“In other words, these officials are using racial discrimination as a means of achieving a partisan end,” it says.

The change to Georgia’s election law comes after Democrats won the presidential contest and two U.S. Senate runoffs in the once reliably red state.

The complaint was filed by the Georgia NAACP, Georgia Coalition for the People’s Agenda, League of Women Voters of Georgia, GALEO Latino Community Development Fund, Common Cause and the Lower Muskogee Creek Tribe.

The new election law was signed Thursday by Republican Gov. Brian Kemp, just hours after it cleared the state legislature. It is part of a tide of GOP-sponsored election bills introduced in states across the country after former President Donald Trump made false claims that fraud contributed to his election loss in November.

The Georgia law adds a photo ID requirement for voting absentee by mail, cuts the amount of time people have to request an absentee ballot and limits where drop boxes can be placed and when they can be accessed. It also bans people from handing out food or water to voters waiting in line and allows the Republican-controlled State Election Board to remove and replace county election officials.

Republicans in Georgia argue that the law is needed to restore voters’ confidence and that it actually expands voting access.

“Georgia’s Election Integrity Act that I signed into law expands early voting and secures our vote-by-mail system to protect the integrity of our elections,” Kemp said in a recent tweet. “The Peach State is leading the nation in making it easy to vote and hard to cheat.”

The suit brought by the NAACP and others is the second federal lawsuit to challenge the law. The New Georgia Project, Black Voters Matter and Rise Inc. filed a lawsuit late Thursday seeking to block the law on similar grounds.

“I told you we’re gonna fight,” Lucas said in a speech on the Senate floor Monday. “You did it, you voted for it, and now you’ve got to live with it. ... We’re going to spend the whole next year in the courthouse.”

Also Monday, a Democratic lawmaker who was arrested after protesting the law Thursday returned to the state Capitol.

A group of black-clad supporters surrounded state Rep. Park Cannon, an Atlanta Democrat, as she returned, some wearing “Stand with Park” T-shirts. That was the theme of a rally held Saturday to support Cannon, who was arrested and charged with two felonies after she knocked on the door to Kemp’s office while he was speaking on live television about the voting bill he had just signed.

After Cannon walked with Martin Luther King III during a march around the Capitol, her supporters formed an aisle for Cannon to walk through into the House chamber, holding up raised fists. Cannon didn’t respond to questions from reporters as she walked into the chamber.

Others, though, were talking about Cannon’s situation. Democratic Sen. Nan Orrock mocked the “onerous sin” for which Cannon was arrested.

Republicans, meanwhile, said Cannon was grandstanding. Republican Sen. Randy Robertson said Cannon had ignored “nine warnings” and that lawmakers needed to stand behind the Capitol police and state troopers who guard the Capitol.

“This is all publicity,” Robertson said.