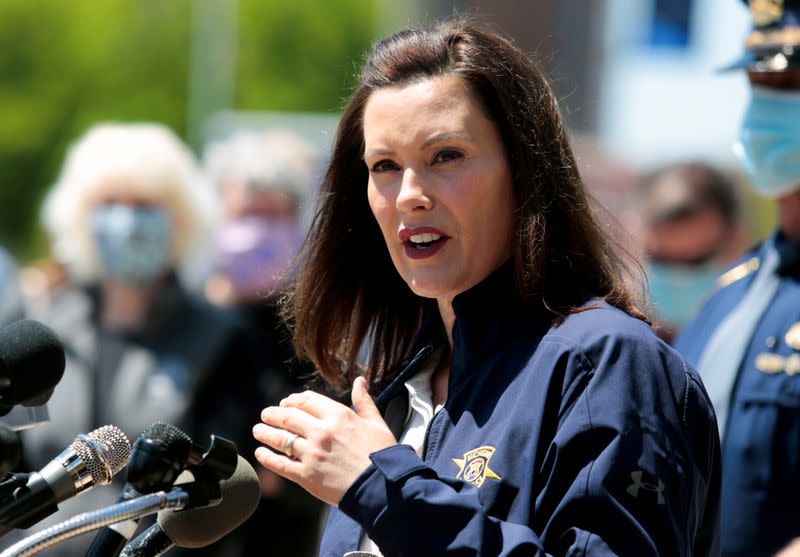 Michigan Governor Gretchen Whitmer issued an apology on Sunday after an image showed her to be apparently violating state-mandated social distancing guidelines at an East Lansing restaurant.

A photo circulated on social media of Whitmer with a large group of unmasked people at the Landshark Bar & Grill.

The photo, which showed Whitmer seated with about a dozen people at no fewer than three tables that had been pushed together, was posted on social media by one of the attendees, but later deleted, according to the Detroit Free Press.

Michigan restaurants and bars remain subject to capacity limits and social distancing requirements due to the coronavirus outbreak. Current orders require six people or less at tables and distances of 6 feet between tables.

"Throughout the pandemic, I've been committed to following public health protocols," Whitmer said on Sunday in a statement cited by multiple media outlets, including the Detroit News.

"Yesterday, I went with friends to a local restaurant. As more people arrived, the tables were pushed together. Because we were all vaccinated, we didn't stop to think about it," the governor said.

"In retrospect, I should have thought about it. I am human. I made a mistake, and I apologize," her statement added.