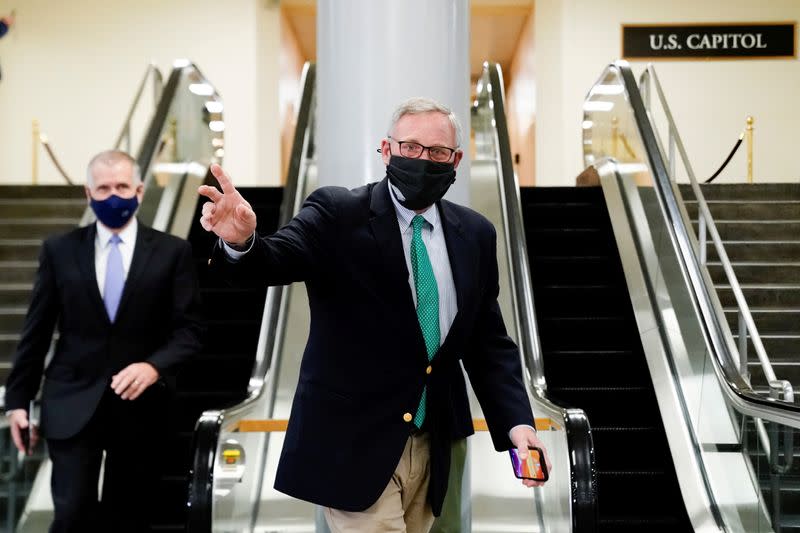 Burr, a third-term North Carolina Republican who has said he does not plan to seek reelection in 2022, was one of just seven out of 50 Republican senators to vote to convict Trump for inciting his supporters' Jan. 6 attack on Congress, which left five people dead.

The North Carolina Republican Party Central Committee voted unanimously to censure Burr, saying it agrees "with the strong majority of Republicans" that the effort "lies outside the United States Constitution."

Trump's second Senate impeachment trial concluded on Saturday with a 57-43 vote in favor of convicting. The tally fell short of the two-thirds needed to secure conviction.

North Carolina Republican Chairman Michael Whatley condemned Burr for voting against the former president, as a "shocking and disappointing" abdication of his duty to voters.

'My party's leadership has chosen loyalty to one man'

Burr, who said last week there was "compelling" evidence that President Trump was guilty of inciting an insurrection, said after the committee vote that it was a "sad day" for North Carolina Republicans.

"My party's leadership has chosen loyalty to one man over the core principles of the Republican Party and the founders of our great nation," he said.

The other four Republicans who voted to convict were Susan Collins, Lisa Murkowski, Mitt Romney and Ben Sasse.

The Republican Party faces internal conflict since Trump left office on Jan. 20, with many officials remaining publicly loyal to Trump and his devoted base of voters, while others including Senate Minority Leader Mitch McConnell have publicly criticized the former president.

McConnell said in a Wall Street Journal opinion piece Monday there was no question Trump "bears moral responsibility. His supporters stormed the Capitol because of the unhinged falsehoods he shouted into the world's largest megaphone. His behavior during and after the chaos was also unconscionable."