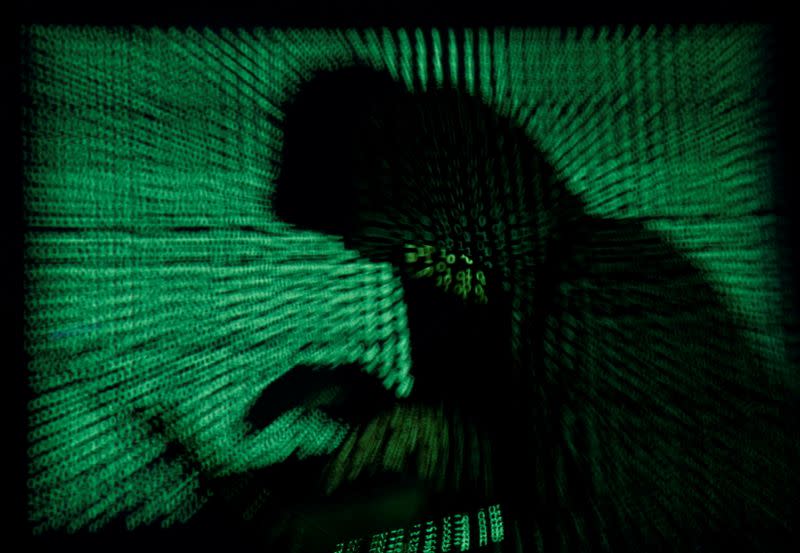 WASHINGTON (Reuters) -The group suspected of a ransomware attack that crippled the leading U.S. fuel pipeline operator said in a news release on Monday that its goal was to make money and not to create problems for society.

The group calling itself DarkSide is the prime suspect in the digital extortion attempt against Colonial Pipeline, a firm responsible for funneling fuel to a huge chunk of the East Coast.

The ransomware outbreak prompted the company to shut down its network, potentially causing extraordinary disruption as gasoline deliveries dry up.

The terse news release posted to DarkSide's website on Monday did not directly mention Colonial Pipeline but, under the heading "About the latest news," it noted that "our goal is to make money, and not creating problems for society."

The statement did not say how much money the hackers are seeking. Colonial Pipeline did not immediately respond to a request for comment on the hackers' statement. The hackers have yet to return repeated messages to their website seeking further comment.

DarkSide's statement said its hackers would launch checks on fellow cybercriminals "to avoid social consequences in the future." It added the group was "apolitical" and that observers "do not need to tie us" with any particular government.

The statement, which had several spelling and grammatical mistakes, appeared geared toward lowering the political temperature around an intrusion that is becoming one of the most disruptive digital ransom schemes reported.

The crippling of Colonial's IT system has led to isolated sales restrictions at retail pumps and is pushing benchmark gasoline prices to a three-year high.

Lawmakers have urged stronger protections for critical U.S. energy infrastructure, and the White House has made restarting the fuel network a top priority and organized a federal task force to assess the impact and avoid more severe disruptions.