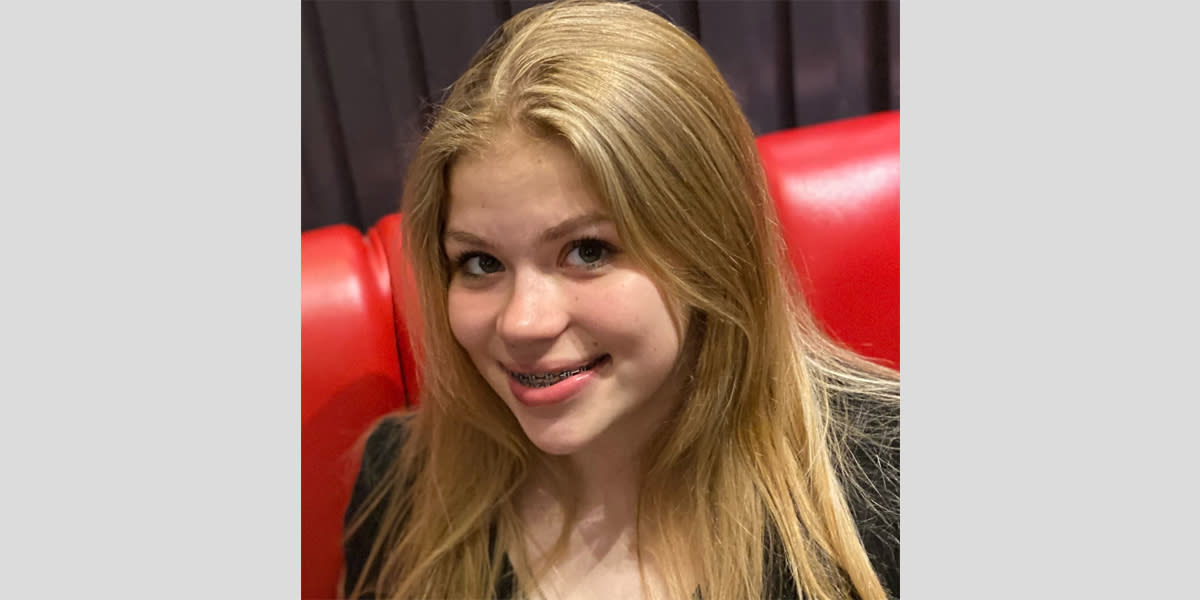 Teen slaying victim Tristyn Bailey died from a stabbing at the hands of a 14-year-old suspect who posted a selfie from the back of a police vehicle after she went missing, authorities in Northern Florida said.

Bailey, 13, a cheerleader at Patriot Oaks Academy in St. Johns, was found dead in a wooded area of the Jacksonville suburb at about 6 p.m. on Sunday, according to the St. Johns County Sheriff’s Office.

A girl resembling Bailey was captured on surveillance video early on Sunday at about 1:15 a.m walking in a residential neighborhood in St. Johns. Also on camera, police said, was a subject resembling the suspect in the case.

The sheriff's office confirmed to NBC News on Wednesday that the suspect posted a selfie to social media on Sunday while flashing a peace sign from the back of a police vehicle. A representative with the office said the suspect took the selfie while Bailey was still missing and he was only considered a witness.

"Hey guys has inybody seen Tristyn lately" is written over the selfie.

While announcing the teen’s arrest Monday, Hardwick said the suspect and Bailey attended school together, but declined to say whether they were classmates.

A man reached by phone Wednesday afternoon who identified himself as Bailey's father declined comment.

The suspect appeared earlier this week at a preliminary detention hearing via Zoom at the Volusia County Regional Detention Center. His parents appeared during the hearing. His father showed little emotion, but the suspect’s mother was teary-eyed while her son was read his rights. A judge ordered he remained held for 21 days until further order by the court.

A sheriff’s office report said the department was first alerted Bailey was missing at about 10 a.m. on Sunday.

Hours earlier, video caught her and the suspect near the North Durbin Amenities Center. A home surveillance camera then captured “two subjects walking east on Saddlestone Drive at approximately 0145 hours,” the report said.

Additional footage from Saddlestone Drive from about 3:30 a.m., captured only one subject “walking west … carrying a pair of white shoes with a black “Nike” logo,” the report said.

Bailey is believed to be seen on video earlier wearing black pants and a black shirt, investigators said. Her body was discovered on the south end of a retention pond, east of Saddle Stone Drive, the report said.

“The victim appeared to have significant injury to her head and other trauma and was wearing black pants with a black shirt,” the arrest report states.

The suspect lived only “.3 miles” from where Bailey’s body was found, investigators said. While executing a search warrant at his home, “several items of evidentiary value were located within the defendant’s bedroom which were consistent with clothing observed in the aforementioned video surveillance."

"Furthermore, some of these items yielded a presumptive positive test result for the presence of blood,” the report said. The defendant’s statements, authorities said, also contributed to probable cause leading to his arrest.

Bryan L. Shorstein, spokesman for the Florida state attorney, said Wednesday the office will determine if the suspect in Bailey’s death will be tried as an adult.

He said the police investigation is ongoing, evidence is still being reviewed and personnel within the office plan to meet with Bailey's family next week.