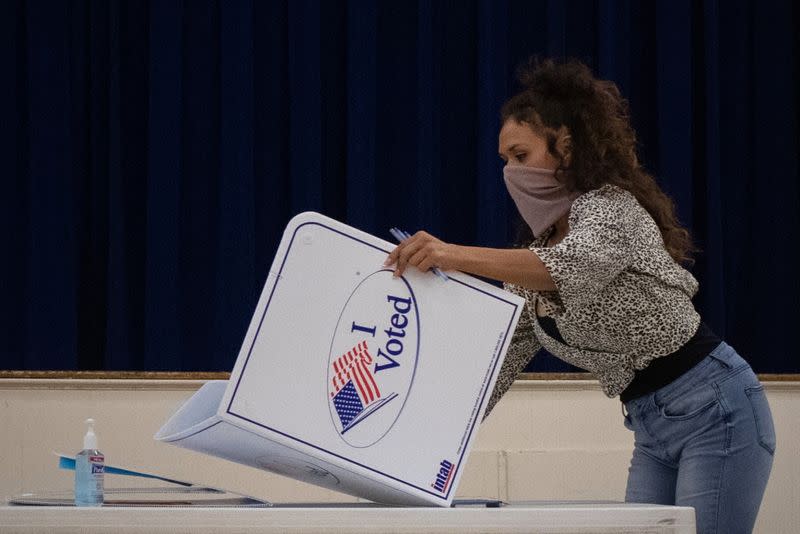 The overnight vote in the Republican-controlled legislature followed enactment of similar measures in Georgia and Florida in the wake of Democrat Joe Biden's presidential election win.

Sponsors of the bills assert they are intended to prevent voter fraud while bolstering election integrity and public confidence in balloting.

Democrats and civil liberties advocates counter that there is no evidence of widespread ballot tampering, and argue that such legislation disproportionately burdens or discourages voters of color, as well as the elderly and disabled.

Friday's Texas vote ran along party lines, with the bill, which still requires final approval in both the House and Senate after a third reading, passing by 81 to 64.

The Senate, also Republican-controlled, has already passed related legislation that imposes limits on the early casting of election ballots, and abolishes drive-through voting and round-the-clock voting, among other provisions.

Republican Governor Greg Abbott has expressed support for the measures.

"This bill is about protecting voters, making sure the voter rules are clean," Republican Representative Briscoe Cain said during the House floor debate.

Critics also say that granting partisan poll-watchers greater access to election sites is meant to intimidate Blacks and Hispanics, who tend to vote more heavily in favor of Democratic candidates than Republicans.

Voting by mail, and early voting in general, surged during the 2020 election as voters sought to avoid ballot-box queues in the midst of the coronavirus pandemic.

Republican legislators in numerous states have since pushed new voting limits in the wake of former President Donald Trump's false claims that his loss to Biden last November was the result of massive voter fraud.

On Thursday, Florida's Republican governor, Ron DeSantis, signed a new law making it more difficult for voters to cast ballots by mail or to use ballot drop boxes.

More than three months after Biden was sworn in, Trump has continued to assert that the election was stolen. Courts have rejected those claims in more than 60 lawsuits challenging the results.