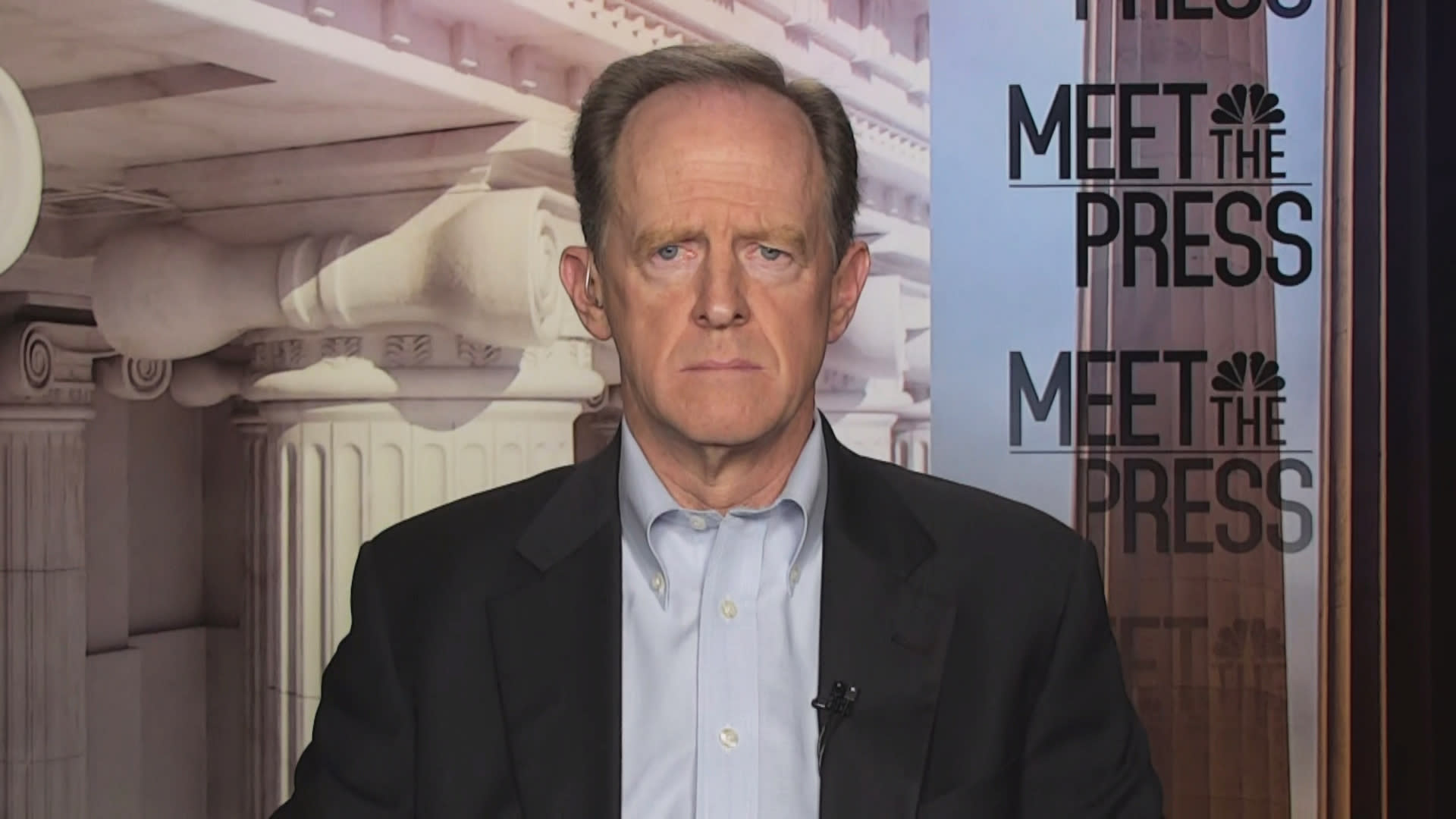 WASHINGTON — Two key senators expressed optimism Sunday that Congress could strike a deal on expanding background checks for gun sales in the wake of recent, high-profile mass shootings this month.

But Sen. Pat Toomey, R-Pa., warned that recent legislation passed by the House is a nonstarter in the Senate among Republicans and some moderate Democrats, arguing that the best way to find compromise is through measures that will require background checks on all commercial gun sales, including on the internet and at gun shows.

"You are not going to get 60 votes with legislation that requires when a father wants to sell his gun to his son to have to get a background check,” Toomey said on a special edition of “Meet the Press.”

Toomey was the chief Republican sponsor of the congressional attempt to expand background checks after the 2013 shooting at a Connecticut elementary school. His plan, co-sponsored by Sen. Joe Manchin, D-W.Va., ultimately failed to secure the 60 votes needed to bring it to a final vote.

The renewed debate on gun safety measures comes after a spate of recent deadly shootings, including an attack on Atlanta-area spas as well as a Colorado grocery store.

House Democrats voted to pass new background check expansions earlier this month, legislation President Joe Biden called on the Senate to pass. But Manchin, a key swing vote in the Senate, has said he doesn’t support the bill as written.

And unless Democrats decide to pursue a change to the legislative filibuster that requires 60 votes to move a bill through the Senate, they would need 10 Republican senators to sign onto any reform.

Sen. Chris Murphy, D-Conn., who is spearheading the Senate Democrats’ attempt to find a compromise that can clear that bar, told “Meet the Press” that he believes the “politics have shifted dramatically” on the issue since the Senate last took it up, and said that he’s found that some Republicans are willing to come to the table. While he added that he believes there should be a “broader” conversation about gun reform measures, background checks is the place to start.

“You are going to have to make some reasonable accommodations if you want 10 Republican votes, and I'm already talking to Republicans who are not unwilling to sit down at the table,” he said.

“Our best chance to get something passed is universal background checks. I think the theory of the case is: Once we convince Republicans that the sky doesn’t fall for you politically when you support a reasonable expansion of something like background checks, you can move onto other interventions."