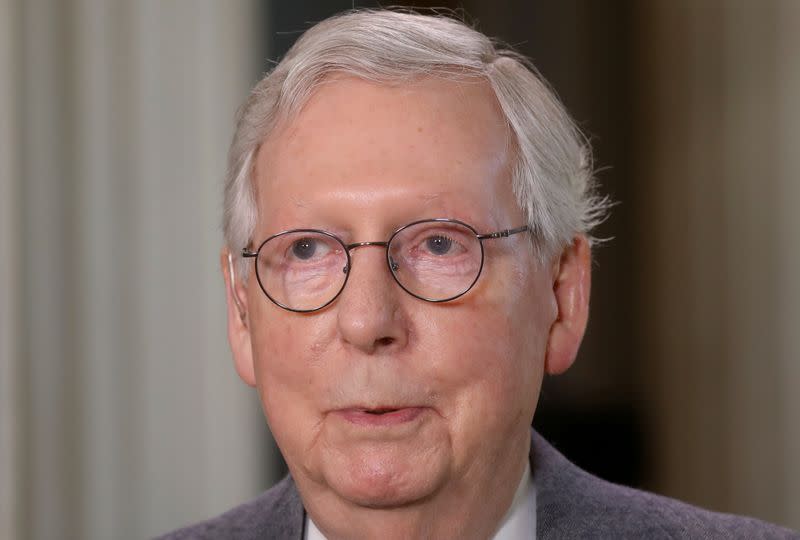 WASHINGTON (Reuters) - U.S. Senate Minority Leader Mitch McConnell warned Democrats on Tuesday that doing away with the chamber's filibuster rule would lead to a "completely scorched earth" Senate, in which Democratic President Joe Biden would have a much harder time moving his agenda.

Democrats who narrowly control the Senate in recent weeks have voiced more support for the idea of eliminating the custom that requires 60 votes to pass most legislation in the 100-seat chamber. They have said the move may be necessary to pass measures, including a House of Representatives-approved bill intended to make it easier to vote and other priorities of President Biden.

"Nobody serving in this chamber can even begin ... to imagine what a completely scorched-earth Senate would look like," he added.

The Senate is currently split 50-50 between Democrats and Republicans.

But he warned Democrats were determined to overcome Republican opposition, saying all options were on the table.

Stacey Abrams, an influential voting-rights advocate and former Democratic candidate for governor of Georgia, also called on Sunday for the Senate to exempt election reform legislation passed by the House over Republican opposition from the filibuster procedural hurdle.