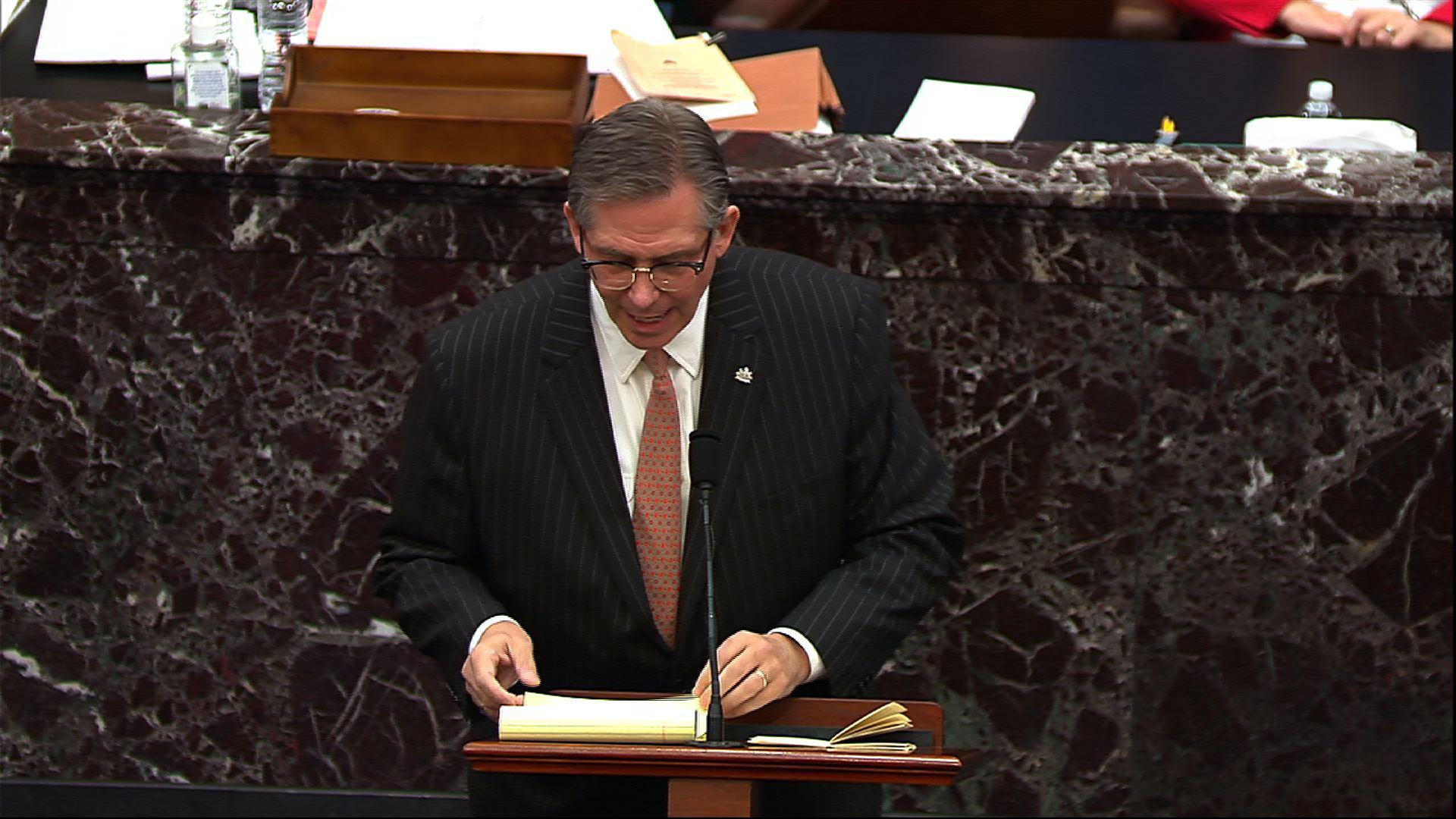 The network cut away from Castor’s speech for commentary from Harvard Law professor emeritus Alan Dershowitz, who represented Trump at his first impeachment trial.

“Where is he heading with this?” anchor Heather Childers asked.

How bad is Bruce Castor's presentation in defense of Trump so far? Newsmax cuts into it so Alan Dershowitz can trash it.

He guessed that a better argument would be forthcoming from Trump’s other impeachment attorney, David Schoen, adding that Castor’s performance followed strong presentations from the impeachment managers, a group made up of nine House Democrats led by Rep. Jamie Raskin (Md.).

Raskin opened the trial by playing a chilling video montage of the Jan. 6 insurrection at the Capitol, arguing that Trump’s rhetoric inspired the violence. Dershowitz commented that both the video and Raskin’s emotional speech that followed were effective.

“Maybe he’ll bring it home. But right now, it does not appear to me to be effective advocacy,” Dershowitz said of Castor’s defense.

Castor, a former Pennsylvania district attorney, is no stranger to controversy. He has faced backlash previously for his decision to not charge actor Bill Cosby in a sex crimes case. His long-winded remarks Tuesday were widely criticized by others too, including right-wing commentators, Twitter users and reportedly even Trump himself.

Trump Lawyer: Impeachment Could Bring About A Second Civil War

Senate Votes To Affirm Constitutionality Of Trying A Former President